Small ports feature several safety risks. These risks can be reduced to a minimum with small changes in protocol.

Today’s boaters are spending more time in small ports and they are expecting more high quality environmental friendly services. Funded by the European Union and directed by Satakunta University of Applied Sciences, PortMate is an international project attempting to offer solutions to these demands. Project coordinator Minna Keinänen-Toivola from the Satakunta University of Applied Sciences says that PortMate’s primary themes are safety and environmental friendliness. PortMate includes several guest harbours and small ports across Finland, Åland and Sweden. The ports will exchange their best experiences and develop their services and organizations together.

Regarding safety, PortMate highlights entering, staying at, and leaving the port. Between March and April 2017 PortMate conducted a survey about small port safety. The survey, made available in Finnish, Swedish and English, had 390 submissions from boaters and 56 submissions from port operators. The majority of the submissions came from Finland and Sweden, but a few of them came from the Baltic region.

Heikki Koivisto, the Master Mariner managing small port safety development at the Satakunta University of Applied sciences, tells us that the survey raised some obvious, however, easily fixable safety issues. For example, certain ports completely lack fire extinguishers, first aid kits and ladders to get up from the water. One of the mutual concerns between boaters and port operators is the lack of warning signs about shallows, rocks and port depths. Another mutual issue is the inadequate number of charging ports or their poor condition. Boaters often use their own extension cords which increase fire hazards at the docks and the risk of tripping, especially in the dark. Boaters hope that more help regarding mooring at the docks will be made available. They also request port operators to make GPS coordinates visible near the docks in case there is an emergency, and also for the possibility of booking a dock space in advance or at least the possibility to check the port vacancy in advance.

The survey results will be used to produce safety videos for a total of 19 ports included in the project. Shooting the safety videos will begin with Rauma’s ports early in the summer of 2017. These ports include Syväraumanlahti, Kuuskajaskari, Kylmäpihlaja, Poroholma and Petäjäs.

Safety and environmental friendliness will be addressed with investments as well. Nearly 900 000 euros will be spent on investments such as LED lights, solar panels and heat pumps in nine different ports to improve resource efficiency. Proper sewage handling is addressed as boaters may use suction-based equipment in emptying the septic tanks. Port sewage will be directed to municipal sewers. Many ports will receive new water rescue equipment, as well as docks and other service infrastructure. 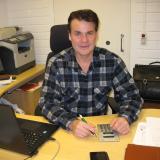